My philosophy is I will never know your case better than you, it is, after all, your case.  In most instances it is highly personal and a major life event.  That is why I involve every client I have in their case whether it be a major strategy decision or simply review a basic correspondence to an opposing side.  I want my clients to take stock in themselves and their goals. 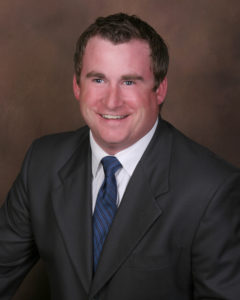 I am Columbus based attorney and Capital University Law School Alumni.  I was awarded Juris Doctorate from Capital Law, with honors, in 2004 having received a Presidential Merit Scholarship all three years of law school.  I graduated in the Top 10% of my class and as a member of the legal fraternity “Order of the Curia.”  I am a member of the American, Ohio, and Columbus Bar Associations and a Fellow of the Columbus Bar Foundation.  I am AV Preeminent rated and designated as having the highest legal ability with the highest ethical standards by the oldest attorney rating system in the United States and was chosen by my peers to be among Columbus’ Top Attorneys as reported by Columbus CEO Magazine.  I also have been selected by Ohio Super Lawyers and hold a 10/10 rating in both Family and Employment Law by AVVO.  I became a member of the Federal District Court Bar in 2005.  I currently sit as a member on the Capital University Law School Alumni Relations Board of Trustees and on the executive committee for the National Trial Lawyer’s Association.     I speak at seminars on topics such as Plaintiff’s Employment actions based on Discrimination involving Federal Law Claims based on 42 § U.S.C. 1981, 1985, and Title VII, and state based claims involving Ohio Revised Code § 4112, et. seq.  In 2013, I was one of two attorneys involved in a three-week federal jury trial against a major Columbus based health care organization which resulted in a multi-million dollar jury verdict for the Plaintiff and currently represents other Plaintiffs in employment matters throughout Courts in Ohio.  I also regularly speak at seminars involving all matters of Matrimonial Law.  I enjoy having my own practice because it allows me to give my individual client’s cases attention and to maintain a balanced lifestyle.